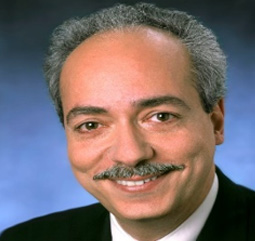 Dr. Zorian is a Chief Architect and Fellow at Synopsys, as well as President of Synopsys Armenia. Formerly, he was Vice President and Chief Scientist of Virage Logic, Chief Technologist at LogicVision, and a Distinguished Member of Technical Staff AT&T Bell Laboratories. He is currently the President of IEEE Test Technology Technical Council (TTTC), the founder and chair of the IEEE 1500 Standardization Working Group, the Editor-in-Chief Emeritus of the IEEE Design and Test of Computers and an Adjunct Professor at University of British Columbia. He served on the Board of Governors of Computer Society and CEDA, was the Vice President of IEEE Computer Society, and the General Chair of the 50th Design Automation Conference (DAC) and several other symposia and workshops. Dr. Zorian holds 35 US patents, has authored four books, published over 350 refereed papers and received numerous best paper awards. A Fellow of the IEEE since 1999, Dr. Zorian was the 2005 recipient of the prestigious Industrial Pioneer Award for his contribution to BIST, and the 2006 recipient of the IEEE Hans KarlssonAward for diplomacy. He received the IEEE Distinguished Services Award for leading the TTTC, the IEEE Meritorious Award for outstanding contributions to EDA, and in 2014, the Republic of Armenia's National Medal of Science. He received an MS degree in Computer Engineering from University of Southern California, a Ph.D. in Electrical Engineering from McGill University, and an MBA from Wharton School of Business, University of Pennsylvania. 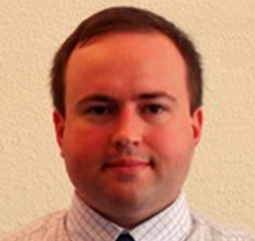 Dan has been appointed as the CEO of IROC in February 2013. Dan is one of the earliest IROC employees (September 2000). He accompanied the company through a long history of challenges and opportunities and his career evolution also reflects his personal development. From a R&D Engineer position to his previous role of Vice President of Engineering, Dan aligned the solutions, services, and tools developed by the company to the needs of our partners and customers. He also managed IROC’s contribution to collaborative, international R&D projects. In his new CEO role, Dan prepares the organization for growth, technical Excellency, and Leadership.
Dan holds a M. Eng. in Electronics from Politehnica Bucharest, Romania, a M.A.S. in Microelectronics from Joseph Fourier University, Grenoble, France and a Ph.D. in Microelectronics from INPG, Grenoble Institute of Technology, France. Dan specializes in the design, optimization, and improvement of highly-reliable microelectronic circuits and he is the author of many publications in the field of radiation-induced effects. 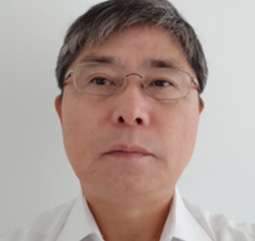 Goo Lee works as Product & Technology Marketing at StatsChipPAC. He previously worked in R&D and Sales Department at Amkor. With over 30 years’ experience in OSAT industry, leveraging his technical experience contribute the development of advanced packaging in OSAT market. He majored Metallurgy in Han Yang University, Seoul, Korea. 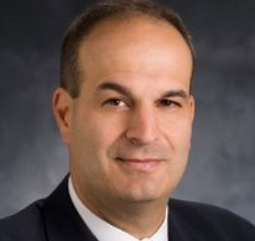 Dr. Kyeong-Pyo Kang received the M.S. degree in transportation management at urban planning area from Seoul National University, South Korea in 1998, and then the Ph.D. degree in transportation engineering at the University of Maryland at College Park (UMCP), U.S.A. in 2006. His research is focused mainly on the advanced highway operations based on the intelligent transportation systems (ITS).
He is currently working in the Korea Transport Institute (KOTI) as a research fellow since graduated UMCP. He conducted key research and development (R&D) projects related next-generation ITS technologies for improving safety, sustainability as well as efficiency. One of them is development of the core technologies for u-Transportation systems, which is enabling to communicate between vehicle and vehicle (V2V) and vehicle and infrastructure (V2I) and being recognized as the Cooperative, it's (C-ITS) in the world.
He is now involved in C-ITS pilot deployment project while supporting the ITS division in Ministry of Land, Infrastructure, and Transport (MOLIT). He is establishing the ITS Master Plan, and international cooperation with U.S. DOT (Department of Transportation), and EC DG (Directorate-General) RTD/MOVE/CONNECT in the field of ITS.

Kevin Tran is Director of Automotive Technical Marketing at SK Hynix where he leads the enablement of SK Hynix memory solutions and develop strategies to expand the company’s automotive ecosystem. Kevin has over 16 years of experience in applications engineering and technical marketing in the semiconductor industry. He has worked for Atmel, Micron Technologies and Nanya Technologies before joining SK Hynix. 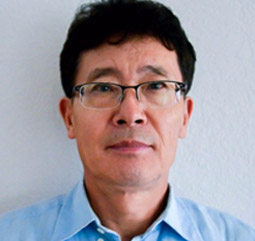 Sung Chung has been CTO at QRT Inc. Korea since May 2017 with responsibility of leading R&D team; developing new market segment through technical marketing and creating new solutions for ISO 26262 Automotive Functional Safety Standard. Mr. Sung joined the company after spending 35+ years in Silicon Valley.
Before joining QRT Inc. Korea, Chung served various positions at Cisco System where he spent 14+ years. During his stay at Cisco Systems, Chung developed companywide SEU mitigation process, had responsibility of managing ASIC DFT groups and developing various DFT techniques, where he developed AC JTAG, and it became a IEEE Std. 1149.6-2003 -IEEE Standard for Boundary-Scan Testing of Advanced Digital Networks. Chung also participated various IEEE Test and JEDEC SEU Standard activities as a working group member.
Mr. Chung received a Master of Science Degree in EE from Florida Institute of Technology, Melbourne FL, USA. He published over 40+ technical papers/presentations on DFT, Boundary-Scan, BIST, and SEU. He holds 14 US and Korean Patent in the field of test and DFT. Sung is life member of IEEE. Currently, he lives in Korea and speaks fluent English and Korean.